The CARES Act significantly expands the unemployment insurance program — $600 additional compensation, extensions and assistance for self-employed individuals are all coming. We are working with our partners at U.S. Department of Labor to implement the changes as quickly as possible. We will inform you of changes that will potentially impact your unemployment benefit claim. In the meantime, file your application or weekly reports at labor.idaho.gov/claimantportal.

Find frequently asked questions, a link to the Claimant Portal to file for unemployment benefits, claims line phone number and other resources on our COVID-19 web page.

If you have questions about Coronavirus, please visit coronavirus.idaho.gov.

What Your Union Is Doing For You

What the UFCW is doing to help workers

From one corner of the country to the other, we are witnessing an unprecedented demand for groceries and healthcare, and it is clear that workers in those industries are facing incredibly difficult, stressful and exhausting days.

The UFCW represents not only nurses and other health care professionals who are on the front lines caring for patients, but also grocery and other food workers who are still hard at work making sure our communities have access to groceries and other essential supplies during this crisis.

The UFCW International recognizes we have to act fast to combat this threat. The actions we are taking include the following:

Working with state and federal leaders to develop immediate policies that will protect our members’ personal and economic health.
Meeting with our largest employers to discuss actions to protect our members’ pay and benefits, as well as the specific actions they are taking to minimize our members’ exposure to the Coronavirus.
Working with our local unions to designate our members as “first responders” to ensure they have immediate access to testing, and additional protections they need to be able to do their jobs.
Working with our local unions to launch a series of member communications to ensure our union is there to answer our members’ questions and address their concerns—whatever they may be.
Coordinating with local, state, and federal authorities about the impact any new Coronavirus policies could or may have on our members and employer operations.

Albertsons Arbitration – Member Wins Job Back with Back Pay 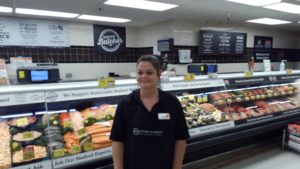 For Jennifer Brackley, it was a 6 month ordeal, but thanks to her union, it was one with a happy ending. For 10 years Jennifer had worked in the meat department at Albertsons store #156 in Boise, Idaho. She was suddenly fired on October 4, 2018 for allegedly violating company policy, she was accused of marking down products for herself.

“I felt very upset and confused on how they could just accuse me without proof,” Jennifer said. “They (Loss Prevention) tried to get me to admit that I did something wrong, I’m a single parent why would I jeopardize my job?,”she said. “When they said they know it’s hard for a single parent to afford ground beef, that made me mad!.”

Jennifer stated her right to union representation and then stopped answering their questions until they ended the interview, she then contacted the union office for assistance. Local 368A immediately filed a grievance, charging wrongful termination. The process took several months, but Local 368A persisted and it paid off with the arbitrator ruling in Jennifer’s favor. Albertsons was required to give Jennifer back her job with seniority and to back pay her $10,000 in lost wages. She started work again on March 27, 2019.

“When Albertsons told me I was fired, I was in shock . I didn’t think they would do that without proof,” she said. “But when I was told that I was getting my job back it was awesome! I never expected my union to help me so well. I’m so very thankful.”